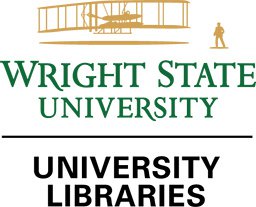 Paul Laurence Dunbar was born in Dayton, Ohio, on June 27, 1872. His parents, Joshua Dunbar and Matilda Murphy Dunbar, were married six months earlier, on December 24, 1871. Both slaves prior to the Civil War, Joshua Dunbar escaped and served in both the 55th Massachusetts Infantry Regiment and the 5th Massachusetts Colored Cavalry Regiment before coming to Dayton. Matilda had been married previously and had two sons from that relationship. Soon pregnant with Joshua's second child, Matilda left her husband, taking her children and returning to live with her mother, where Matilda gave birth to a daughter, who died when she was two years old. Matilda divorced Joshua, who passed away in 1885 when Paul was 13 years old. Many of their experiences of slave and plantation life influenced Dunbar's later writings.

The relationship between Matilda and her son, Paul, was a strong one. Recognizing that Paul displayed an early talent with words, Matilda worked to ensure he received the best education possible. His two older step-brothers dropped out of school in order to find work and help support the family, but Matilda would not let the same thing happen to Paul. He attended the Tenth Street Elementary School in Dayton, and then continued his education by attending Central High School. At Central, he was the only African American in his class, of which Orville Wright was also a member. During high school, Paul wrote and published poems in his school newspaper, serving as editor, and was also an active member in the literary and debate societies. His poetry was also published in the local Dayton Herald, and Dunbar edited a new, but short-lived, African American paper, The Tattler.

Dunbar hoped his success in achieving a high school diploma and in publishing a number of his early poems would translate either into an opportunity to attend college or begin a career in journalism. He approached the Dayton Herald, which had published a number of his early works, but was not able to secure employment on their staff. In fact, Dunbar quickly discovered that job prospects for a well-educated young African American in Dayton were rather limited. Faced with decreasing funds, Dunbar became an elevator operator in the Callahan building located in downtown Dayton. He became known for his habit of reading and writing poetry in his free moments. During this time, Dunbar became acquainted with The Century, and the works of poets such as James Russell Lowell and James Whitcomb Riley. Dunbar's early poems, including "A Banjo Song" and "The Ol' Tunes," reflect both the sentimentality and the colloquial patterns familiar to Riley's readers.

Based on the recommendation of one of his former teachers, Dunbar was invited to speak at the convention of the Western Association of Writers, which met in Dayton in 1892. Delivering a poetic address in what was noted as a resonant and beautiful voice, Dunbar impressed the audience so much that comments about his address were published in papers across the country, most notably in an article by poet James Newton Matthews. The subsequent attention and interest in his work encouraged Dunbar to self-publish his first book of poetry, Oak and Ivy, in 1893; he sold the book for $1 to people riding in his elevator, eventually recovering his initial $125 investment. Attending the World's Columbian Exhibition in Chicago later that year, Dunbar garnered the support of noted civil rights leader Frederick Douglass, who also provided Dunbar a job in the Haitian pavilion at the fair.

With support from Dr. Henry Tobey, the distinguished superintendent of the Toledo (OH) State Hospital, Dunbar published his second work of poetry, Majors and Minors, in 1896. Dr. Tobey also received an inscribed copy of every book Dunbar published. This second work marked the shift of Dunbar's acclaim from local to national in scope. The collection contained works in standard English (the Majors of the title) and in dialect (the Minor poems). It was these "minor" poems, however, which caught the interest of William Dean Howells, the editor of Harper's Weekly, who published a review of the book in the June 27, 1896 edition, coincidentally Dunbar's 24th birthday. Howells' lengthy review brought national attention, especially to Dunbar's poems of dialect, which Howells singled out for critical praise. Poet James Whitcomb Riley wrote Dunbar to encourage him to continue writing. Dunbar's third book, Lyrics of Lowly Life, combined the poems of his first two books and included a special introduction written by Howells. With new attention and ever-growing praise for his works, Dunbar began touring and delivering public readings around the United States. In 1897, Dunbar traveled to London to spend several months touring and reading in the English literary circles.

Upon his return to the United States, Dunbar worked briefly at the Library of Congress before leaving the position to continue his writing full time. Serious health issues developed, however, as Dunbar suffered from several bouts of pneumonia. After a courtship of several years, mostly by letter, Dunbar eloped with Alice Ruth Moore, a fellow African American literary figure successful in her own right, in March 1898. The following year Dunbar's health problems worsened, and he was diagnosed with tuberculosis. Alice Moore Dunbar left her husband in 1902, though the couple never officially divorced, and refused any contact with Dunbar for the rest of his life. His health deteriorating, Dunbar returned home to Dayton and to his mother, Matilda, spending the last three years of his life under her care. Dunbar died on February 9, 1906, and was buried in nearby Woodland Cemetery.

During the final ten years of his life, Dunbar wrote prolifically, turning out poetry, short stories, novels, lyrics, and a variety of narrative works. Although only 33 when he died, his legacy, most notably his dialect poetry, influenced many writers of the Harlem Renaissance of the 1920s. Regarded as one of the leading African American writers of the 20th century, Dunbar and his work continue to fuel academic debates. In recent years, new collections of his work have added more than 100 undiscovered or uncollected poetic and narrative works by Dunbar to the already large body of his writings. Taken in its entirety, Dunbar's extensive body of work provides a significant representation of African American life at the turn of the twentieth century.