Communication Openness in the Workplace: The Effects of Medium (F2F and IM) and Culture (U.S. and China)

Open communication is critical to the effectiveness, efficiency, and overall success of a business. It is believed that communication openness interplays with media channels and cultural contexts in which the communication takes place. Our study investigated communication openness in downward, peer, and upward directions in face-to-face (F2F) and instant messaging (IM) in the workplace in both the United States and China. An online survey was administrated in both countries, and we received 529 valid responses. Repeated measures of ANOVA and MANOVA were used for data analysis. We found that the degree of openness in communication was higher in F2F conversations than through IM; however, this relationship differed in the two cultures. When communicating F2F, American employees were generally more open than Chinese employees, especially when such communication happened between peer colleagues. When communicating through IM, Chinese workers, however, were far more open than American workers in all downward, peer, and upward directions. The main findings, the implications for research and practice, and the limitations of this study were discussed accordingly. 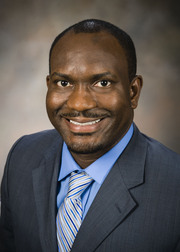