Food security civil society organizations (FSCSOs) have emerged as important institutions in the battle against food insecurity in the Global South. However, little attention has so far been paid to their organizational structure, institutional roles, and governance configurations. To fill this gap, in this paper I used surveys, semi-structured interviews, and place-based case studies to analyze the landscape of Johannesburg’s FSCSOs. Results indicate that while they fulfill many important roles, an uneven distribution of resources, institutional instability, and underdevelopment of food security social movements nevertheless weakens their ability to be effective service providers and vehicles of broader social change. Thus, despite a growing literature on alternative food and food justice movements that heralds FSCSOs as a solution to urban food insecurity, this paper argues that their conceptualization has, so far, been poorly developed; and as a consequence, their transformative potential remains weakly theorized. 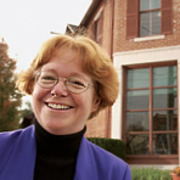