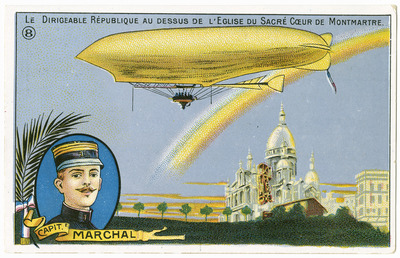 Designed by the French firm Lebaudy, the République was France's answer to the Zeppelin. Its maiden flight took place in June, 1908. In September, 1908, it threw a propeller, which ripped into the gas bag. The sudden loss of lift resulted in the twentieth century's first multiple fatality air accident. French army Captain Marchal, and three crew members were killed.