Scabies, caused by the mite, Sarcoptes scabiei, infects millions of humans, and many wild and domestic mammals. Scabies mites burrow in the lower stratum corneum of the epidermis of the skin and are the source of substances that are antigenic or modulate aspects of the protective response of the host. Ordinary scabies is a difficult disease to diagnose.

The goal of this project was to identify S. scabiei proteins that may be candidate antigens for use in a diagnostic test or may be used by the mite to modulate the host’s protective response.

We identified 50 different proteins produced by S. scabiei, 34 of which were not previously identified, and determined that 66% were recognized by patient IgM and/or IgG. Fourteen proteins were screened for use in a diagnostic test but none possessed enough sensitivity and specificity to be useful. Six of the 9 proteins selected for the possibility that they may be immunomodulatory were not recognized by antibodies in patient serum.

Thirty-three proteins that bound IgM and/or IgG from the serum of patients with ordinary scabies were identified. None of the 14 tested were useful for inclusion in a diagnostic test. The identities of 16 proteins that are not recognized as antigens by infected patients were also determined. These could be among the molecules that are responsible for this mite’s ability to modulate its host’s innate and adaptive immune responses.

Copyright: © 2017 Morgan et al. This is an open access article distributed under the terms of the Creative Commons Attribution License, which permits unrestricted use, distribution, and reproduction in any medium, provided the original author and source are credited. 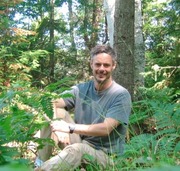