A Meta-Analysis of the Factors Associated With S-commerce Intention

n recent years, the proliferation of social commerce (s-commerce) has attracted many researchers to investigate the drivers of individuals' intentions. However, the empirical results reported in these studies were fragmented and inconsistent. This has led various meta-analyses to synthesize these findings, but without including a large number of s-commerce studies. In addition, investigating meta-analytically the effects of moderators such as the six dimensions of Hofstede's national culture is still lacking. 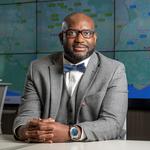