Housing in an animal shelter is a stressful experience for dogs. This study examined the effects of different forms of human interaction on concentrations of circulating cortisol and stress-related behaviors of dogs within 40 h of admittance to a county animal shelter. Blood samples were collected before and after 30-min sessions in a secluded area in which dogs received one of three forms of human interaction: exposure to a passive human, petting, or play. Controls were either exposed to the secluded area alone, or remained in the general housing area. There was a substantial and near uniform reduction in plasma cortisol concentrations from pretest to post-test in all three conditions receiving human interaction, but not in control conditions. Human interaction also reduced behavioral signs of excitation/social solicitation (vocalizing) and fear (panting). Finally, pretest cortisol levels were found to predict levels of panting and another fear-related behavior (tongue protrusions) that dogs exhibited during subsequent testing. The findings suggest practical means of reducing stress, and potentially of improving the welfare, of dogs in shelters. 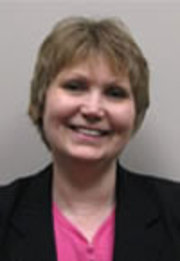