Equus: A Case for Censorship?

This article focuses on the play "Equus," by Peter Shaffer. The consequences of the controversy included the introduction of a state law to limit presentation of plays with sexual conduct, the endangerment of a prestigious $150,000 award to the Department of Theatre Arts, and even the threat of reducing the University's budget. "Equus," is a gripping story of Alan Strang, a deeply troubled seventeen year old, who has inexplicably blinded six horses, and psychiatrist Martin Dysart, who seeks to relieve the boy of his extreme anguish and self-torture. All Wright State University acting majors are required to audition for every production, but for "Equus," only volunteers could audition for the roles of Alan and Jill. After the first audition and before the final selection, the intention to present the nude scene was reaffirmed to the actors. The actors became more relaxed and proceeded to solve problems associated with the last ten days of rehearsal.

This article was originally published in the Association for Communication Administration Bulletin, Issue 56, pgs. 53-57, April 1986.

This is a preprint of an article submitted for consideration in the Association for Communication Administration Bulletin. Copyright © 1986, Taylor & Francis. 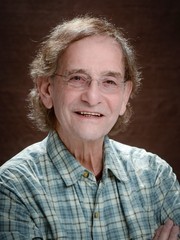